The guys over at DKNG Studios killed it for the opening print for the 311 Never Ending Summer tour.

“311 just kicked off their Endless Summer tour and we’re excited to share our poster for the first stop of the tour in Reno, Nevada. We were inspired by the summer surf van vibes of the tour and created an illustration of our favorite surf-mobile along with a kook-stack of boards on the roof for all five band members.

The poster is a 24” x 18” three color screen print on 100 lb Classic Crest Cream paper, and a variant edition of 10pt rainbow foil. We produced four separate color variations in total, with two exclusive to the DKNG store. Check out our initial concept sketch below along with close up photos of the finished prints, and a time-lapse video documenting our process of designing the poster. The 311 posters will be available Tuesday, July 24th, at 10am PST in the DKNG store. Very limited quantities available” 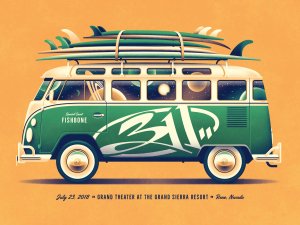 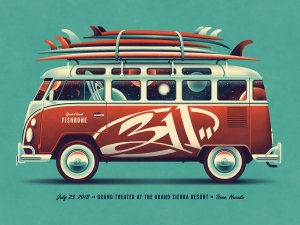 There will be 113 numbered regulars. 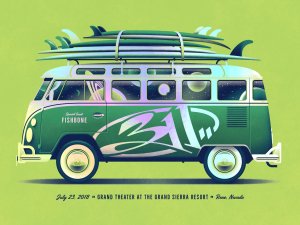 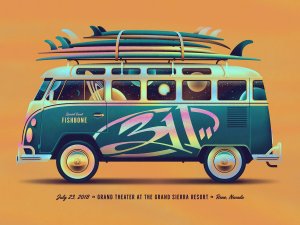 Here is the concept image and close ups. 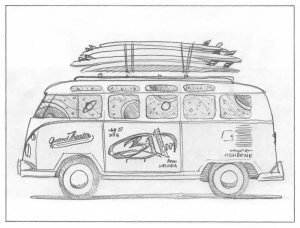 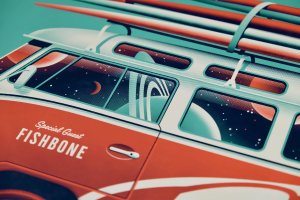 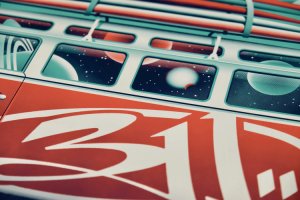 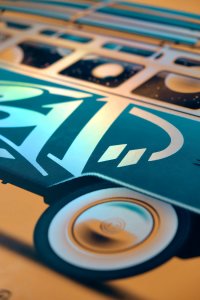 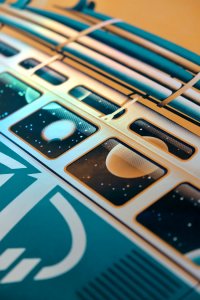 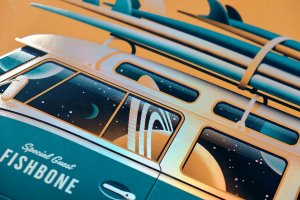 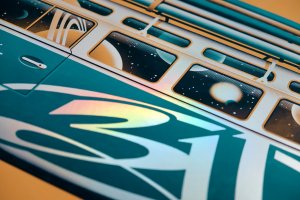 Be sure to check out DKNG’s full process video on the digital creation of this print!

The awesome thing about these prints is that DKNG takes imagery from the tour advertisement and from the first set of prints they did for 311 back in 2015.  As you can see the regular print has imagery and a color scheme similar to the regulars from 2015. 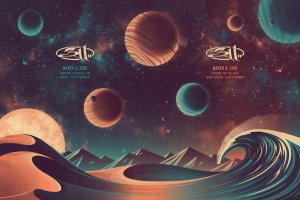 And the foil mimics the foils from 2015 as well. 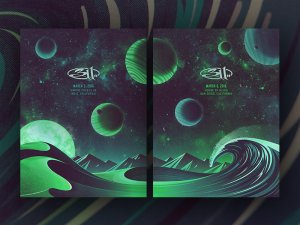